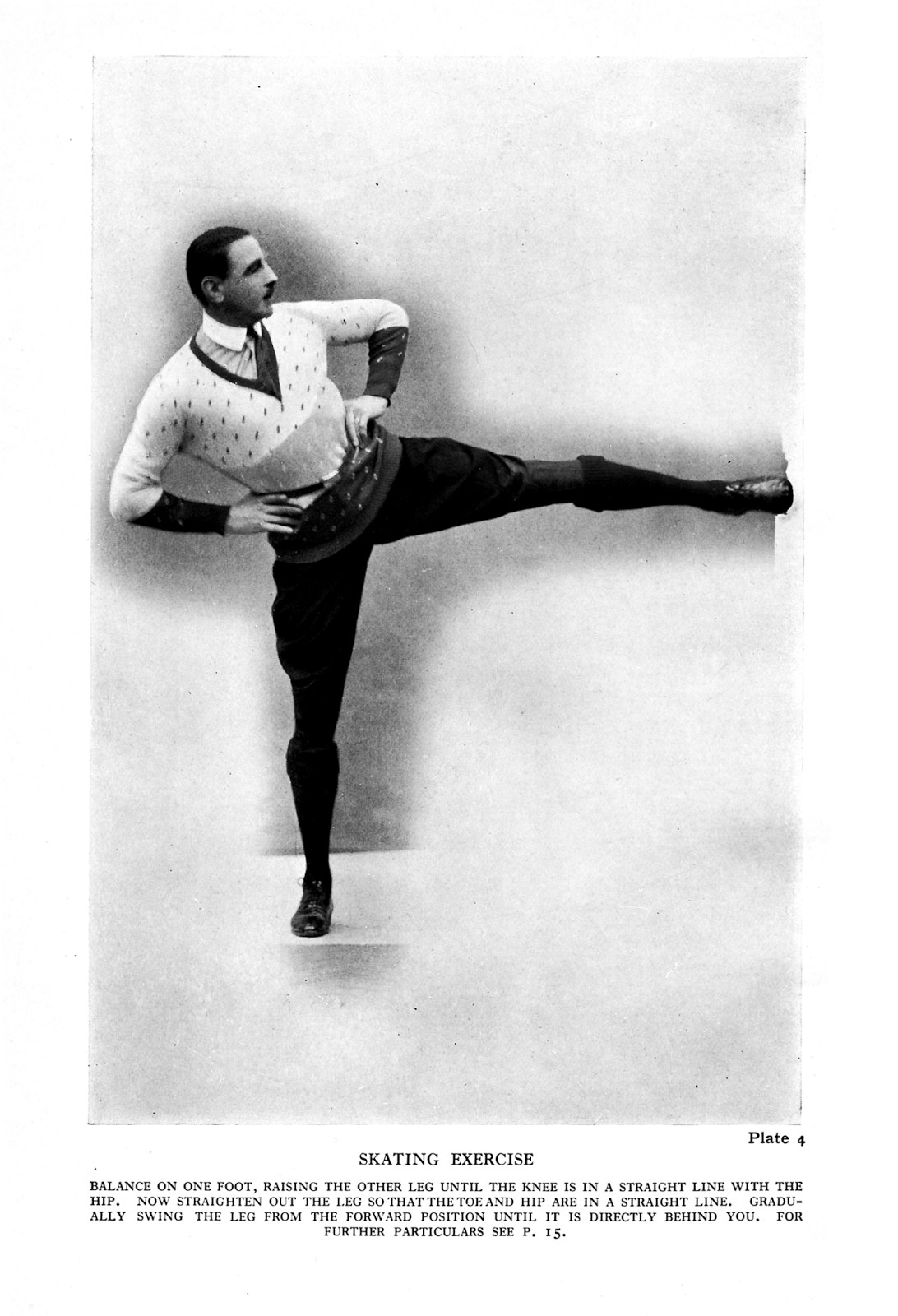 I realise we're only just creeping into summer, but it's best to begin preparations early. Want to be ice-fit when the temperature dips below zero again? Start now, with this simple exercise, as demonstrated by Captain S. Duff-Taylor in his little volume, 'Skating', published at some point in the 1930s, I'd guess, although no date of publication was in evidence. As is noted on the fly leaf, 'Captain Duff-Taylor is (was) world famous, not only for his own achievements as a skater, but also for his skill as instructor.'   'Every detail of the International and English styles of skating' is fully dealt with, along with figure skating, exhibition skating and ice hockey. All in under seventy pages.
The caption above reads, 'Balance on one foot, raising the other leg until the knee is in a straight line with the hip. Now straighten out the leg so that the top and hip are in a straight line, gradually swing the leg from the forward position until it is directly behind you.'
Try it, and see if you can maintain the cool demeanour of the captain, in his natty hand knit, knee-highs and immaculate hair. The photography gives him a rather strange, guru-like aura. 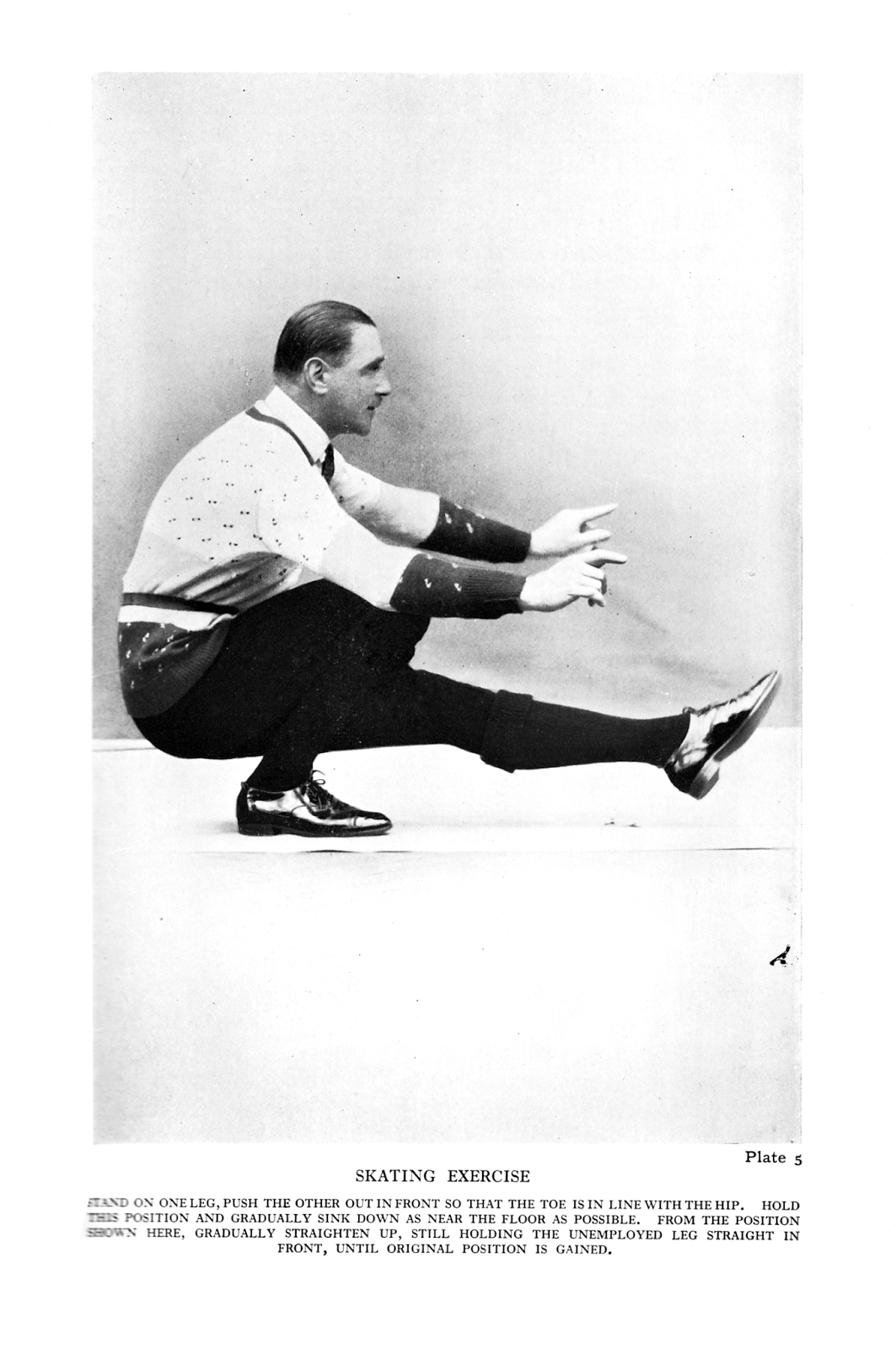 Even more guru-like in this photo, our hero demonstrates another exercise, for when we have the first under our belts: 'Stand on one leg, push the other out in front so that the toe is in line with the hip. Hold this position and gradually sink down as near the floor as possible. From the position shown here, gradually straighten up, still holding the unemployed leg (!) straight in front, until original position is gained.' Nothing is said about the delicate hand gestures.     More from 'Skating' later in the year.
(Many thanks to Caroline Holden-Hotopf, who drew my attention to this fine volume.)
Posted by MH Jeeves at 5/29/2014 No comments: 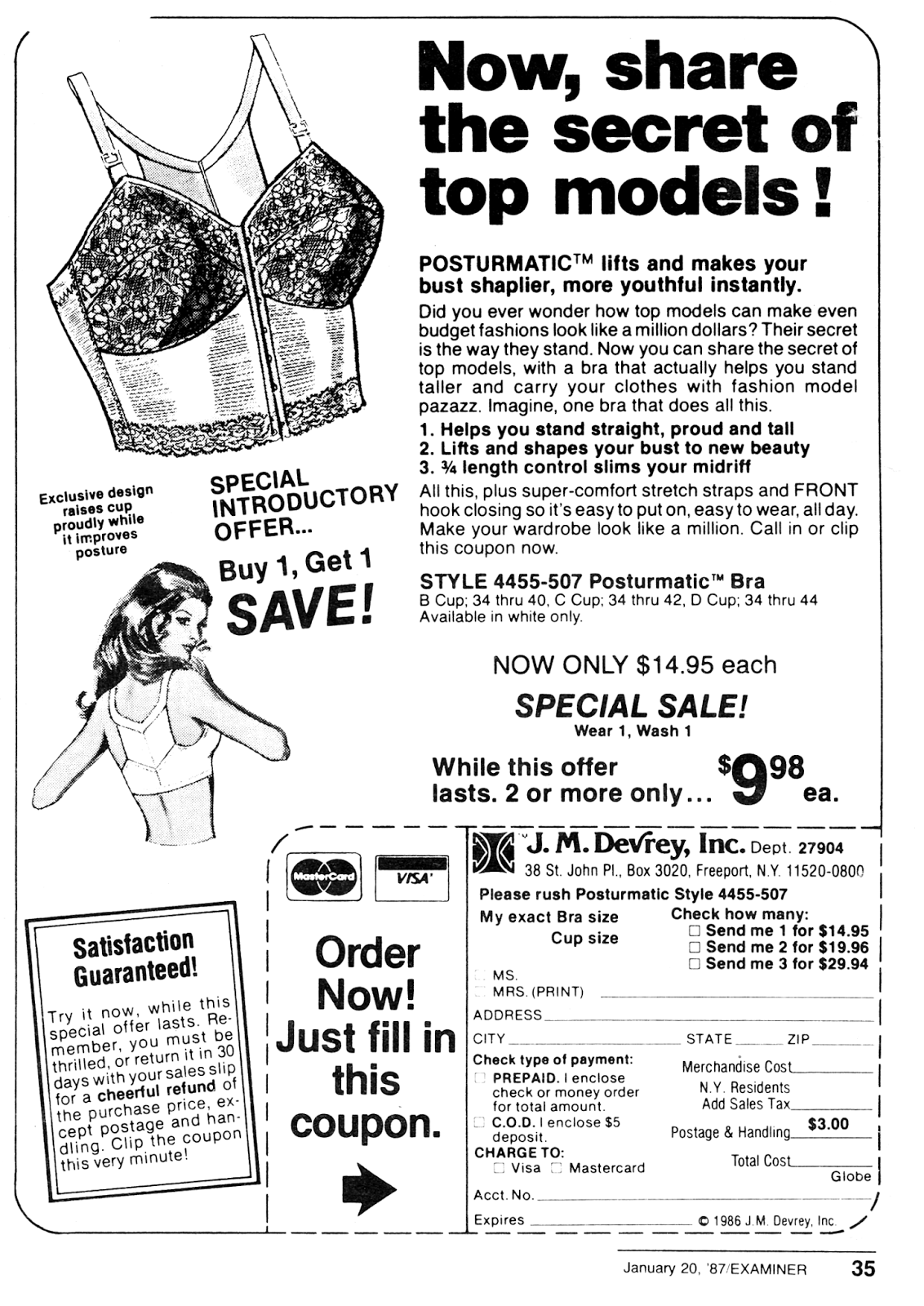 Another lovely little promotion from my personal collection. It's altogether more optimistic and upbeat than the weight-loss flyer I recently displayed, probably because it's American.  Who cares, though? To read it is to improve the shining day. Despite not being either natural or herbal, the Posturmatic promises to make your bust shapelier, more youthful instantly. The straps are super-comfortable, and it will make budget fashions (your wardrobe and mine) look like a million dollars. Even the refund will be cheerful.
Possibly just a little work needed on the name.
Posted by MH Jeeves at 5/04/2014 No comments: